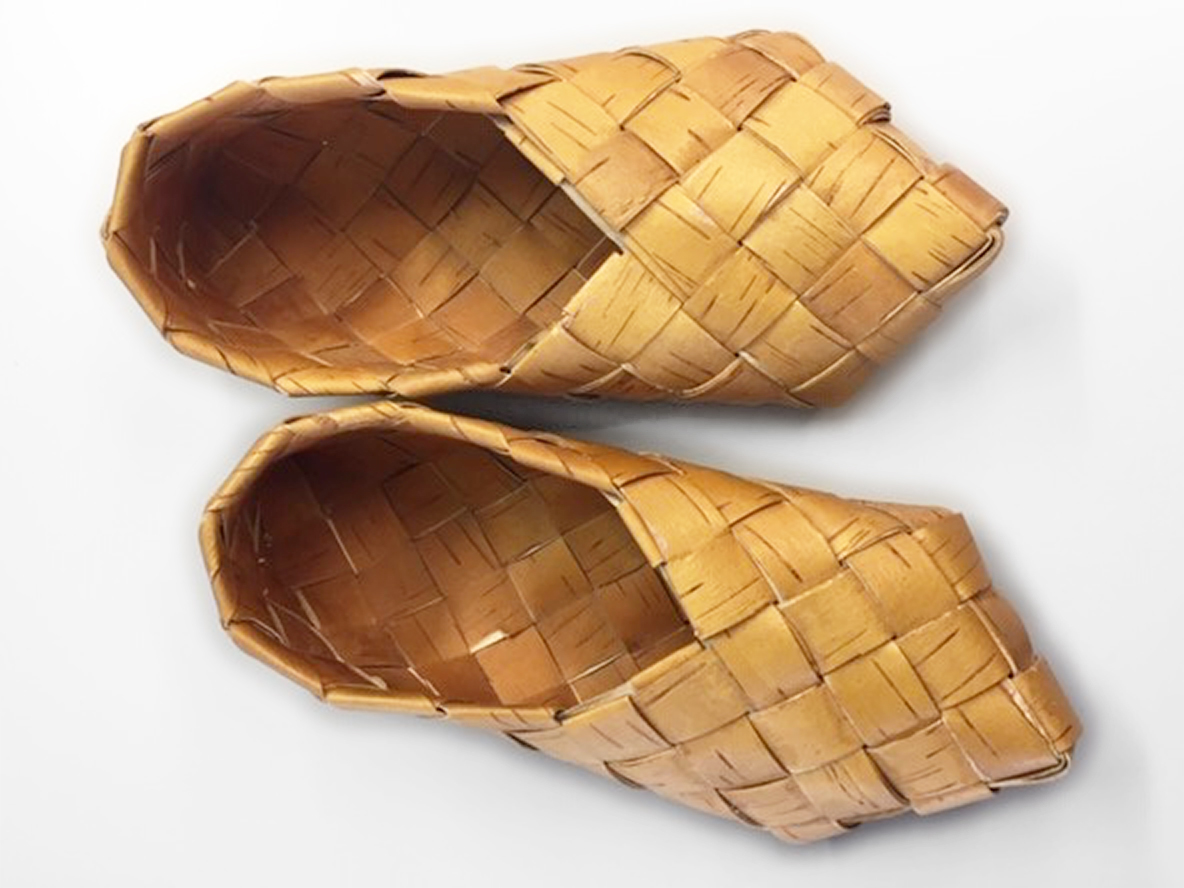 These shoes were worn in Finland by people working outside. They are made from birch bark. You may think of birch trees as white, but they have an inner layer of bark that is brown. The shoes feel quite hard. They would be worn with thick socks to make them more comfortable.

This pair was given to the Hands-on Collection by one of our volunteers. Her grandfather came to Canada a hundred years ago. He had a farm in Saskatchewan. At first, he didn’t have enough money to buy work boots, so he made himself birch bark slippers that he learned to make back in Finland. Later, he made this pair for his granddaughter so that she would know his story. After volunteering at the museum, she decided lots of people could know his story and about these shoes from Finland if she gave them to the hands-on collection.

Has a friend or relative ever given you something that they made especially for you? How did that make you feel? Did you keep it for a long time? Would you give it to a museum one day?

The birch bark shoes from Finland are made by a technique called plaiting. It’s a complicated type of braiding. You can watch someone plaiting in this video:

Try this simpler weaving activity using paper and scissors to make a colourful mat. You will need 3 pieces of different coloured paper, a pencil, glue and a ruler.