Born in Zurich, Switzerland, to a prominent family of lawyers, Sonja Bata (née Wettstein) studied architecture before her academic career was interrupted by her marriage to the heir of a global shoe manufacturing and retail empire, Czech‐Canadian Thomas Bata, when she was not yet 20 years of age.

After her marriage in 1946, Sonja passionately devoted her time and energies to supporting her husband in rebuilding the family business. Bata had suffered greatly during the war, and in the postwar years Soviet-controlled communist governments nationalized all of the company’s assets in Eastern Europe – including Czechoslovakia, where the Bata family and shoe business had originated.

Working side by side with Thomas, Sonja Bata travelled the world for Bata shoes. Her business sense and passion for design allowed her to grow her professional role within the company, and she became an invaluable business partner for her husband.

When she took up residence in Toronto, Sonja embraced her new Canadian life with pride and enthusiasm. Her love for business, the arts, design and the environment, and her strong civic duty, inspired her to engage in her new country’s life through a vast array of volunteer and philanthropic projects. Her strong belief that in a democratic country citizens should actively contribute their talents to community needs was reflected in her many pursuits. The National Design Council, World Wildlife Fund Canada, Junior Achievement, the Council for Business and Arts in Canada were just a few of the many organizations in which she played a leading role. Sonja Bata was also a staunch advocate of the Canadian Armed Forces, and took tremendous pride in her role as Honorary Naval Captain of the HMCS Ottawa.  In 1983 Sonja was appointed Officer of the Order of Canada, and subsequently received a Silver Medal from the United Nations’ Environmental Program.

It was while travelling around the world on shoe business that Sonja developed a passion for collecting rare and traditional footwear from every corner of the world. Her fascination with ethnography, design and history led her to amass a vast number of extraordinary shoes. This was the birth of what was to become the most comprehensive collection of historic footwear in the world: the Bata Shoe Museum, a unique cultural gem in the heart of Toronto which continues to reflect the vision of its Founder, who looked at shoes as a way to understand culture, anthropology, craftsmanship and ingenuity.  A true collector who found great joy in the act of sharing her finds with others, she was particularly fond of the education and community‐building roles of her museum.

Sonja Bata passed away on February 20, 2018. In the Bata Shoe Museum, Sonja Bata has created a world-renowned institution dedicated to the scholarship of footwear history. We will greatly miss her vision, her passion, her curiosity and her leadership. 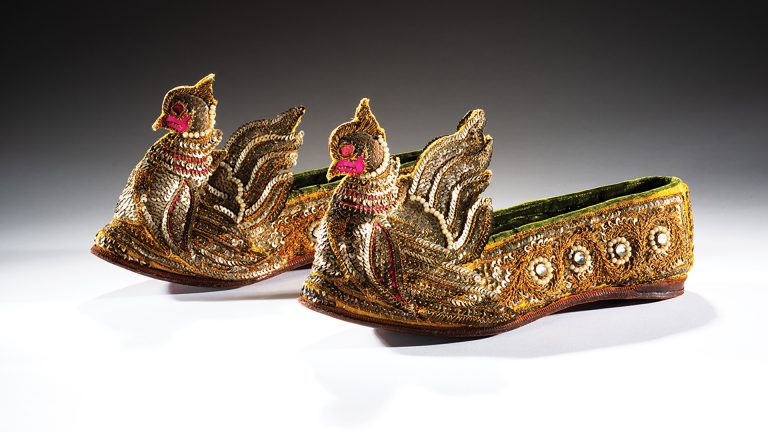